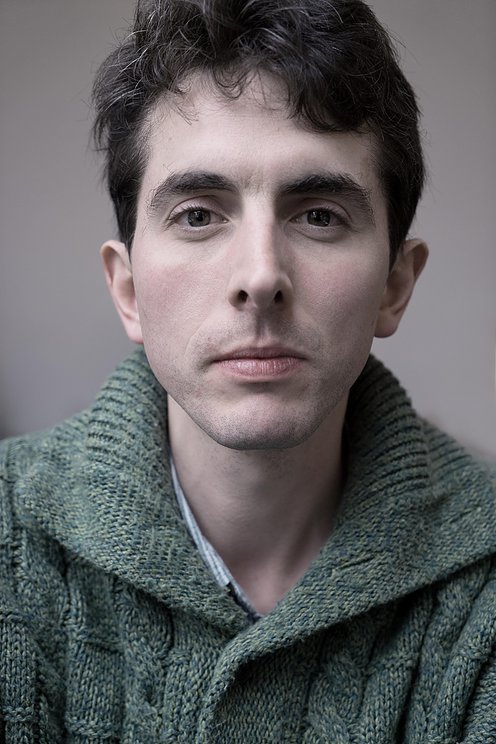 A 2015 winner of an Ernst von Siemens Musikstiftung Composer Prize, Christian is enjoying a prolific career with an array of commissions from prestigious institutions. Upcoming projects include the completion of the orchestral cycle Time and Eternity for Konzerthausorchester Berlin (conducted by Christoph Eschenbach), as well as commissions for the Arditti String Quartet (premiered at the Paris Philharmonie in January 2020), Birmingham Contemporary Music Group with Neue Vocalsolisten, and the Ligeti String Quartet (Books III and IV of the Songbooks cycle). In addition, Christian is currently developing an opera project together with director and dramaturg Patrick Eakin Young, and writer Deborah Pearson.

Recent years also saw the premieres of: ‘Eternity in an hour’ for the Vienna Philharmonic Orchestra (conducted by Christian Thielemann) as part of its Bruckner Symphony cycle in April/May 2019, ‘Inner Landscapes’, a set of pedagogical piano pieces, written for the 2019 Orléans Concours International Brin d’Herbe, ‘Eternal Return’ for the hr-sinfonieorchester (conducted by Michał Nesterowicz) to celebrate Breitkopf & Härtel’s 300th anniversary in January 2019, ‘Zwischen den Sternen’ for Ensemble Recherche and premiered at Ultraschall Berlin in January 2019, ‘Man Made’ with soprano Anu Komsi and the Philharmonia for the ‘Music of Today’ series in May 2018, ‘Aimless Wonder’ by the Münchener Kammerorchester and ‘Remnants’ for Opera Erratica, both in June 2017, ‘In the Midst of the Sonorous Islands’ composed for the participative CONNECT project, which was performed around Europe by the London Sinfonietta, Ensemble Modern, Ensemble Remix and Ensemble Asko-Schönberg during Autumn 2016; ‘Lahara’, a work for percussion sextet, celebrating the opening of the new Asian Arts Theatre in Gwangju, Korea, in November 2016, as part of a project curated by Unsuk Chin; ‘Open to Infinity: a Grain of Sand’ (a co-commission from the Lucerne Festival and the BBC PROMS for Pierre Boulez’s 90th birthday subsequently shortlisted for the 2016 RPS Awards); ‘Layers for Love’ (recorded by Klangforum Wien and subsequently performed by Tokyo Sinfonietta, Octandre Ensemble and Ensemble Modern) and ‘Sympathetic Resonance’ (recorded by the Orchestre National de France for the Radio France programme, Alla Breve). During 2014 Mason focused on vocal music developing ‘Somewhere Between Us…’ for amplified vocal quartet and Paetzold contrabass recorder at LOD Muziektheater, Ghent, with Silbersee and Tom Beets; ‘Reunion’, one part of the opera Triptych produced by Opera Erratica, and ‘Unseen Seasons’, his first choral score, premiered by the Tokyo Philharmonic Chorus. In 2013 ‘Isolarion: Rituals of Resonance’ was performed as part of his Lucerne Festival Academy residency under the guidance of Pierre Boulez and ‘The Years of Light’ was commissioned by the Tanglewood Festival of Contemporary Music (Artistic Director: Pierre-Laurent Aimard). ‘Noctilucence’, which was first performed by the Britten Sinfonia in 2009 in the UK and repeated in France, Poland and Switzerland, received its US premiere in Chicago by the Talea Ensemble in October 2017.

Solo and chamber works include ‘In a world of invisible waves: a butterfly’ and ‘…just as the sun is always…’, both for solo piano, the latter was in the 2017 Busoni competition repertoire and performed three times in the final round; a collection of songbooks for the Ligeti String Quartet; ‘Learning Self-Modulation’, commissioned for Carolin Widmann by the Auditorium du Louvre, Paris, Wigmore Hall, London and the CDMC, Madrid, which received the 2012 British Composer Award in the solo/duo category; and ‘Incandescence’, commissioned by Aldeburgh Festival for Jean-Guihen Queyras in 2011.

Other collaborations, with artists, choreographers and theatre directors, include ‘A kingfisher dives into the sun…’ a video piece made with James Stephen Wright, ‘Songs for the Last Slam Door Train’ with Barbara Keal, the Transforme project at Royaumont and music for Peter Gill’s productions of his own ‘Another Door Closed’ (Bath) and ‘As Good a Time as Any’ (London), David Hare’s ‘The Breath of Life’ (Sheffield) and Robert Holman’s ‘Making Noise Quietly’ (London).

Christian is a visiting teacher of composition at the University of Cambridge and is Composition Support Tutor for the LSO Panufnik Young Composers Project. He has been invited as a resident artist at Villa Concordia, Bamberg (Germany), Civitella Ranieri (Italy) and SWR Experimental Studio in Freiburg. He was ‘Composer in Residence’ at Eton College (2014-15) and has worked as Composition Assistant to Sir Harrison Birtwistle. He completed a Ph.D at King’s College London with George Benjamin in 2012, following which he was awarded the 2012 Mendelssohn Scholarship to study privately with Frank Denyer. He previously read music at the University of York and has studied composition with Sinan Savaskan, Nicola LeFanu, Thomas Simaku and Julian Anderson. He has also participated in summer courses such as the Stockhausen Courses, Dartington, Royaumont Voix Nouvelles, Acanthes, Festival d’Aix en Provence and Darmstadt, as well as being a resident composer at Takefu International Festival, Japan in 2008.

He is a founding Artistic Director of the Octandre Ensemble, which promotes contemporary music with regular performances across the UK. In 2012, the ensemble hosted the first Anglo-French Composers’ Forum in association with LSO Soundhub at LSO St Luke’s with support from ‘Diaphonique’. In 2018 the ensemble performed a series of composer portraits at The Print Room, London. The ensemble premiered and released their recording of Frank Denyer’s epic work ‘The Fish that became the Sun’ (Another Timbre) in Autumn 2019. Christian Mason also plays the Theremin.